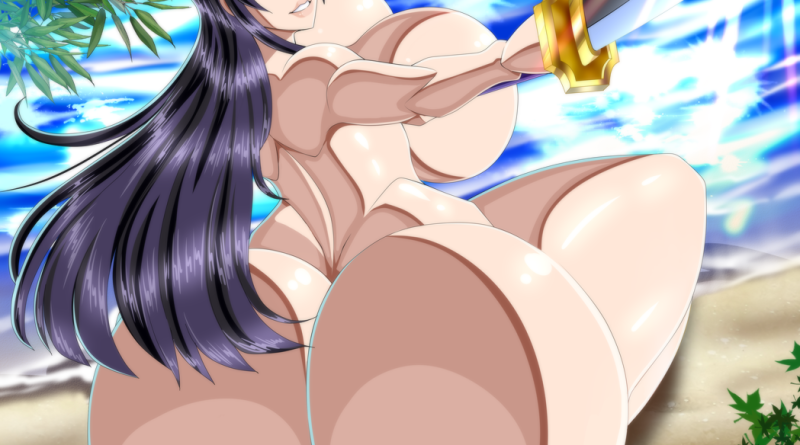 Chapter 7: Beach of the Dead 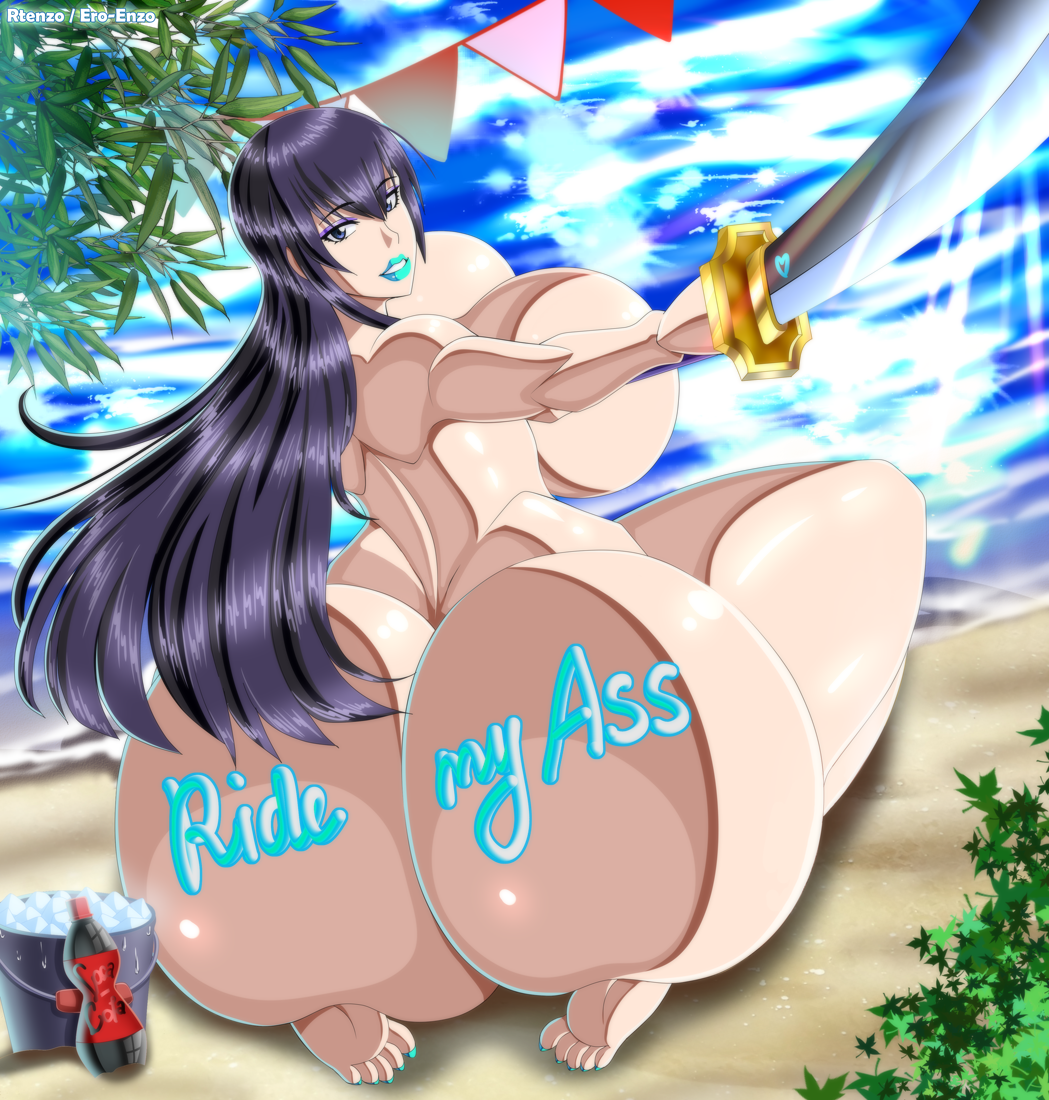 Marvelous job with this new pin-up artwork of Saeko Busujima, Rtenzo! Really like how she’s fully naked on beach with her sword out and also, the bright cyan make-up, text tattoos on her huge voluptuous ass, ans the small heart on the blade that was a great touch. 😁👍👍

Remind’s me of a Sakura art from a while back .

Probably my favourite HOTD art from you ( sadly it won’t have an ending though ) , the make up version is the best for an obvious reason .

Yep! Patreon request based off that image!

Yes, sad the series ended a long time ago

Once again a REALLY well drawn piece of art of HOTD’s best and hottest sword woman. I absolutely adore how much emphasis you put on her sword in this artwork, as well as the prior one. Makes me hope that we get to see something similar with other girls and their iconic weapons sometime in the future (Naruto girls with maybe some scrolls in their mouth (or pussies if they’re kinky enough), Temari obviously with her fan, Nami from One Piece with her Clima-Tact, the Shinigami girls from Bleach with their Zanpakutos, and so on). It’s a really interesting concept that can be used a number of ways in my opinion. Regardless of that, the other big thing on focus in this artwork is, of course, Saeko’s truly beautiful ass, which gets even better with her alluring gaze and the subtle look we get at her breasts. Fantastic job with the leafs of the plants and the waves around her. And, yeah, I don’t think that any man in this world would be able to ignore the direct invitation written on her ass cheeks, especially with how it is presented here. Nice choice of color, both for the tattoo and the actual makeup. Bonus point for the little heart on her sword. The cum version is, as always, masterfully drawn. I’m especially fond of all the little drops on the sand around her, as well as the cum on her tits. This artwork isn’t without its flaws however, which in this case stems from how ridiculously short her arms look when compared with her legs. It might be just me, but it seems as though her arm isn’t even half as long as her leg, which does strike me kinda as odd. Now, that could potentially be explained with the perspective of it all, or because she’s some kind of long-leg woman from One Piece (who knows?) but for me it just looks a bit out of proportions.

Anyways, I really like this artwork. And as said before, the job you did with her sword in this and her last pic makes me wish that we see more of that in the future from other series as well.
9/10

Thank you, I will try to incorporate more weapons in the future. I used to draw tons of swords because I drew a lot of Bleach OC art, so why not add them in?

Yes! I want to ride her ass! Very beautiful work. Especially the version with makeup. The background, as always, pleases the eyes

Thank you Chirka! happy to read your feedback as always. I appreciate it 👍