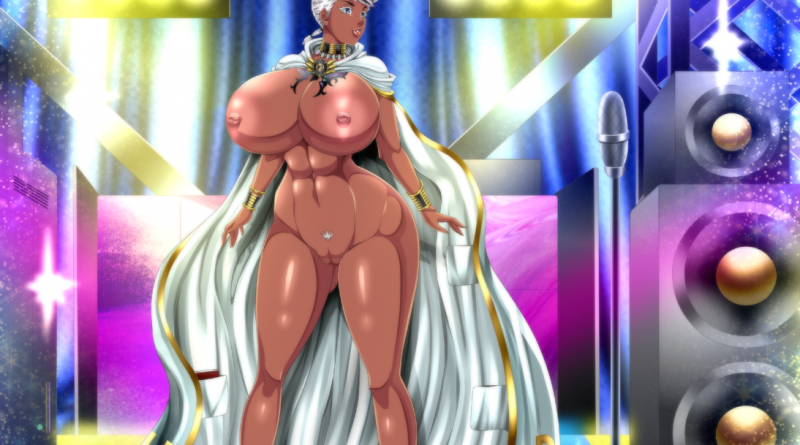 Infoboxes for previous characters have been updated! contains some spoilers

It’s nice to see this Series getting some love again, happy to see it again. Cant wait for more my friend

Great to see not one, not two, but three new images of BSU series for the new year. There’s so much I want to said about the three individual characters, but I will just keep it short and simple. It great to finally see how Eiji look like and wow he’s handsome than I thought he was. I really enjoyed seeing Anya’s well-endowed naked cocoa body and her luscious puff lips. Finally, Kaede and her huge round ass are all amazing and sexy as heck.

Fantastic job Rtenzo and I wait for the final two works of the Orientation arc, oh and also the latest chapter was amazing as well. 😁👍👍👍👍👍👍

Im thrilled that you like Anya so much that shes your new icon!! Always excited when you adopt a new icon with my pic 🥰

She will definitely appear more in the new arc

Eiji: So THAT’S what he looks like. Gotta say that’s been the hardest part for me with him. Not a bad design, handsome and all that.

Anya: DROOOOOOOOL. A goddess through and through. I love the whole nudist thing being reflected in her “uniform”. Her eyes really pop thanks to how you did her eyelashes. I really wanna see more of her.

Kaede: Well, I’m a boobs man, not an ass man. She’s still very cute, and I love her personality quirks. Like when she gets those hearts in her eyes and can’t get enough dick. I really wanna see a pic of her with those heart eye things going.

Eiji:
Very nice to have our first full-body view of Eiji. He may have appeared in ROL before but seeing him in BSU is just great. I really dig his design and he makes an, in my eyes, much more professional appearance than Xavier. Interesting make-up version, I have to admit. The red lipstick mark on his cheek sure looks good. In my eyes the special version is a bit too similar to Xavier’s though and doesn’t feel as unique as that of the other introductions so far.

He certainly makes a better impression than Xavier and rocks his attire!
7,5/10

Anya:
She might not have my favorite design but man… she certainly is the one girl in these introduction artworks that flaunts her body the most. Is that a good thing? One might say yes but I’m personally a bigger fan when the girls have their goods barely hidden. That aside, I love her coat and her overall well proportioned body. With a bod like that it’s hard to decide if I would rather fuck her or let my head be crushed by her mighty thighs. Damn! Those things could crush steel! From this distance however, her make-up seems fairly unremarkable. I do however like that it’s still the same color as from the last artwork with her. Given that both events took place on the same day, it only makes sense that her make-up would be the same. Those petals surely make for an interesting special version and make sense, given her exotic origins.

Not really close to my “Top 5 BSU girls”-list and definitely not Best Girl but she does have her charme!
8/10

I like her. She and her sister make for a nice combi and I can only dream that one day we get to see them together.
8,5/10

Oh, I do like Xavier. Just when comparing his aesthetic with Eiji in this introduction artworks, he falls flat. When choosing between him and Eiji as individuals though… probably Xavier. He has his quirky side that I’m not that big of a fan of and the story portrayes him as a bit too careless/dumb in my opinion but he is really interesting and has a nice BBC.

To start with, we finally got a full blown design of Eiji, and man am I impressed. Same thing with his uniform and how it’s set it, including his leg brace. Very nicely done!

Next we have Anya, and she’s exactly what I remembered from before, with the exception of her uniform jacket, she’s completely nude. But this definitely seems to fit her and her attitude. Still, I love her design too. Very nice.

And finally, there’s Kaede. Now her updated look was one I was looking forward to seeing the most, and this definitely doesn’t disappoint. Her uniform has as minimum as possible, but it really shows off her fine figure and assets, especially her trademark fat irresistible ass in particular. I also love her pose and attitude here too.

To be honest, I don’t know which one I love more! XD Still, this is phenomenal work! Well done!

Off to read the actual chapter right now. 😀

I’m honored! Anya’s cape is to cover herself up in situations where she cant be her nudist self lol I’m thrilled you enjoy them all so much man. Thank you for following the series! 😍