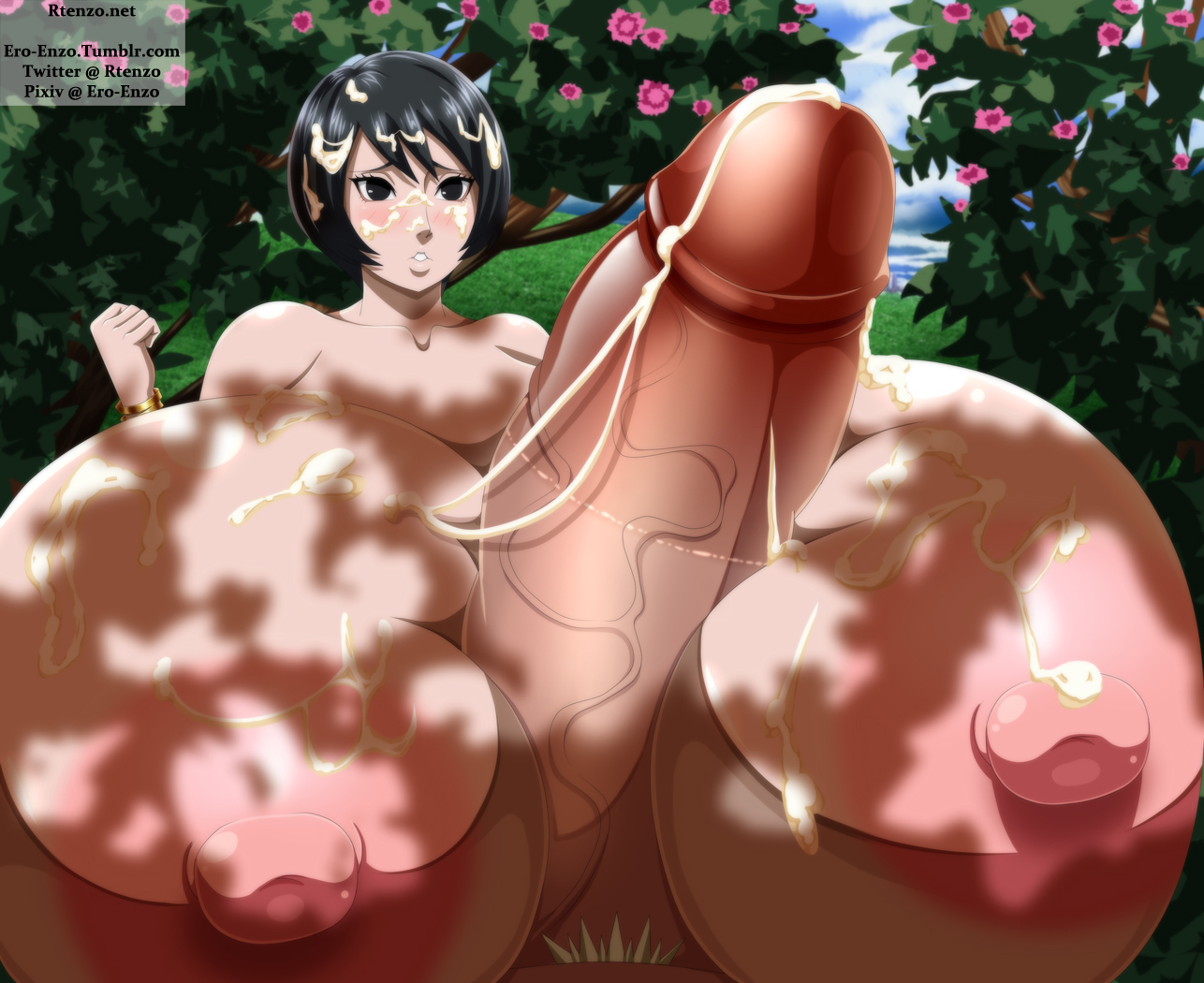 Deep in the woods on an early afternoon, Naruto was doing some training when he stumbled across Kurotsuchi, the fourth Tsuchikage. They were talking about the usual stuff about their village and trying to maintain peace, until she said something to the Blonde Ninja. “Let me ask you a question? Is it true that your dick is so big, Hinata can’t stop getting fucked by it?” Immediately he spit up his water from the bottle he was drinking from. “Um well… that’s kind of a personal and embarrassing thing to ask…” Naruto replied.

“Well is it?” She said teasingly. He nodded yes and she then said. “Well I’ve never had a chance to play with a cock like yours. Maybe we can have some fun while we’re here.” Kurotsuchi said stripping and exposing her mega melons. Naruto couldn’t believe how big they were, her tit were much bigger then Hinatas by 2 sizes. “So… shall we see what 2 monster sizes can do?” She said with a grin.

“Oh fuck it’s huge! Please fuck my pussy with it after your done with my tit” She said moaning. Naruto had to end it but still have some energy left and using his last of his speed on her tits, he released the biggest load on her face and mostly on her mega melons. Kurotsuchi couldn’t believe how much he came from his huge pole. She was so attracted to his cock, she sucked his head again hoping to get another load. The blonde one couldn’t resist her sucking but surprised her with a load that made her mouth drowned in cum.

Naruto came so much her belly blew up and she passed out on the ground. Naruto took his cock out and gallons of his spunk gushed out from her hole. Kurotsuchi was thinking she was lucky to have a monster cock fuck her to death and give her a satisfaction she never had before. She thought it was over until Naruto poked her nipple with his cock. “Wanna go for round 2?” He said. She replied, “Okay but drown me in your loads.” She said to him.