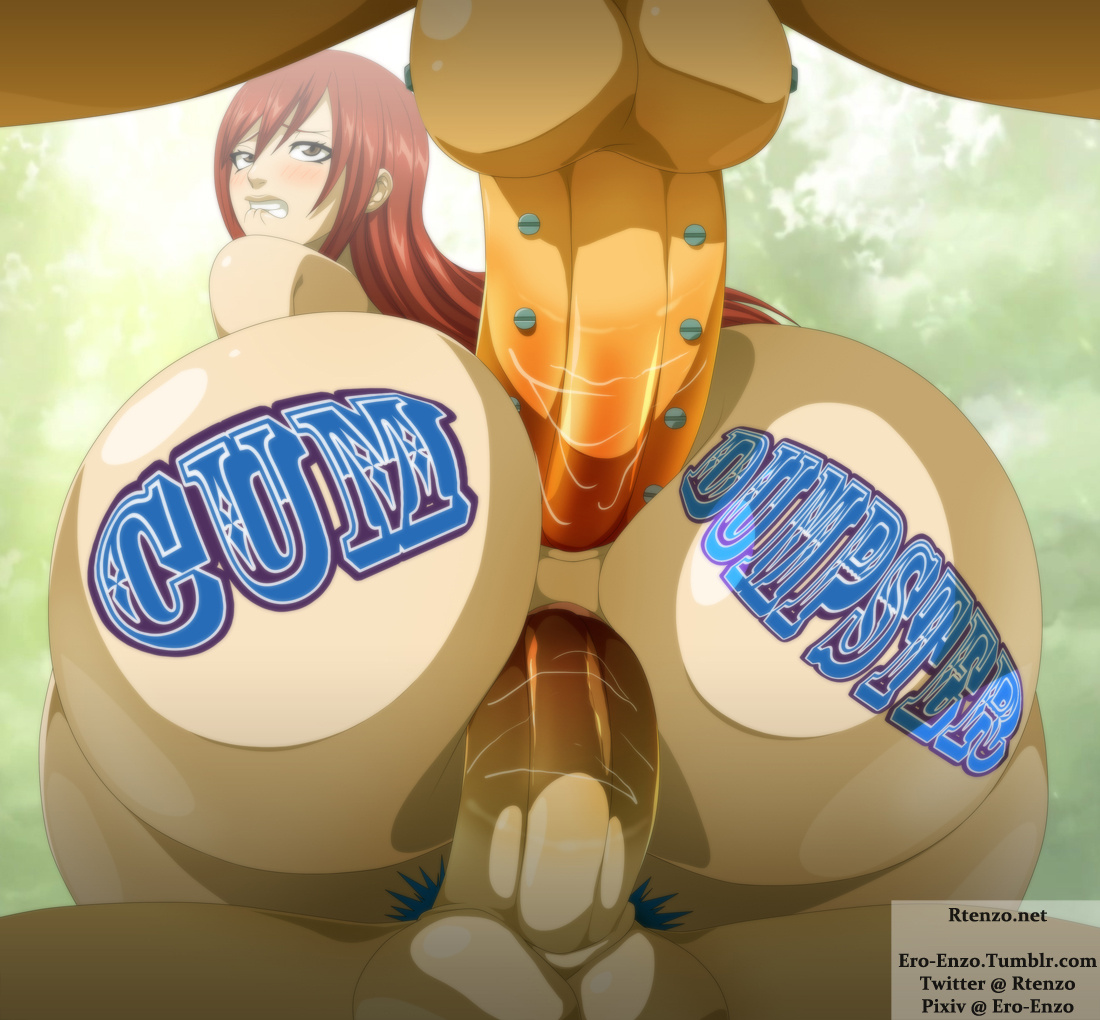 When Mirajane dared her to work at the new business in town, Busteez, for a month, Erza wasn’t very worried. She had no qualms about showing off her body in the strip shows; the sex was a lot of fun; and the money was always welcome, considering how destructive her missions could be.

Then, about two weeks in, Jellal showed up, and Erza realized she had been tricked. Damn Mirajane and her matchmaking schemes!

Still, she had to admit that, at least in this case, it worked out. After the initial embarrassment on both of their parts, they finally were able to move past the awkward stage, admit how they felt, and finally get together.

It didn’t hurt that they both had enormous amounts of sexual tension to resolve with each other; it was a good thing she was such a high earner, because the VIP room was completely destroyed.

And that brought them to today: Erza and Jellal was putting on a sex show for the cheering crowd at Busteez. It taken Erza a lot of persuasion to convince her lover to go along with the idea, and he had only agreed if she would do something embarrassing too.

Hence the (thankfully temporary) tattoo on her ass, done by Levy, for all to see.

Erza bounced up and down on Jellal’s cock, the size of it stretching her tight pussy. Jellal had his face buried in her tits, so she couldn’t see him, but she knew that he was loving this. And why wouldn’t he be? she thought with smug pride.

She was vaguely aware of the announcer saying something, but she was much more focused on fucking Jellal’s brains out. So when the huge dick was shoved into her ass, she squealed, taken totally by surprise. She whipped her head around, eyes widening when she saw who it was.

“Gihihihihi!” Gajeel cackled. “Surprise!” Seeing what she was about to ask, his grin widened. “Shrimp is a great girlfriend; she’s the one that told me to go for it. Ya know, I’d always heard that brainy girls were the kinkiest, and now I believe it.”

Erza immediately took notice by the size of Gajeel’s cock, the pole stretching her ass wider than Jellal ever did.

Grin shifting into a look of concern, he started pumping his cock with hard, fast strokes. “But enough talk. LET’S GET IT ON!” he shouted, the crowd roaring back.

“Too…big…!” Biting her lower lip as the arousal hit her like a powerful punch, all her mind can register was Gajeel’s dragon cock as it stretched her ass to its limits. Erza wasn’t sure whether she was going to smack Levy or thank her.

…bah, she would worry about that later. Right now, she had a show to finish and hard fuckings to endure and enjoy.

I’m actually a little weirded out by the fact that Gajeel apparently has iron bolts in his penis. But, hey, everyone has their own artistic interpretation of things.