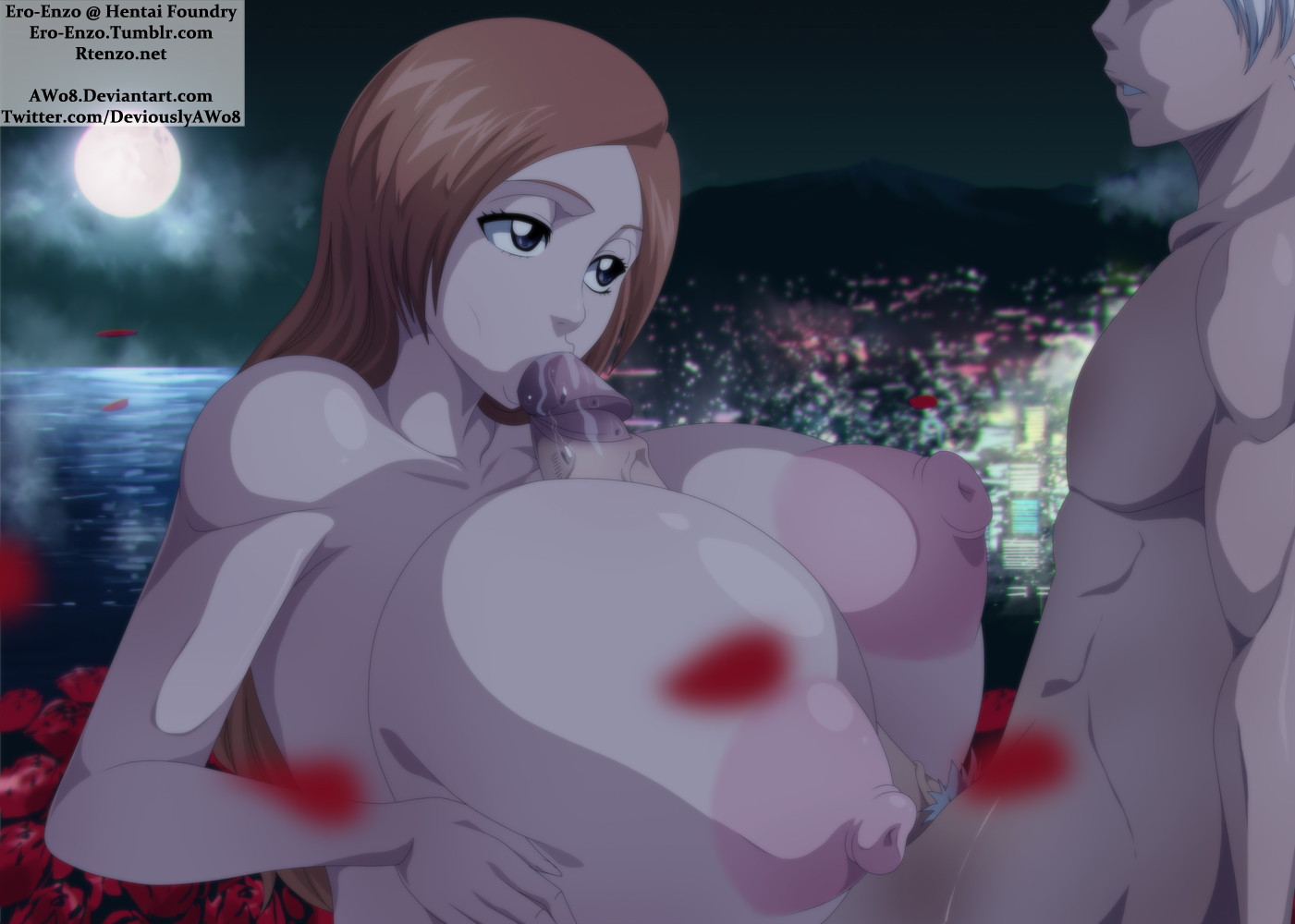 Some people, Hitsugaya knew, might have felt insulted at the idea of being used as a substitute for a lover. They would have felt like they were being unfairly compared, that they should be good enough for the woman who was practicing on them.

He, however, did not feel that way, for a few reasons. One, Orihime had become a good friend of his; she was friendly, polite, and a very nice girl overall, if given to some odd imaginings and even odder cooking.

Two, she was extremely attractive, both blessed with beauty and an outstanding body. It will take far more than some wounded pride for him to turn down the opportunity to have any kind of sex with a knockout like her.

“Thanks again for agreeing to help me, Captain Hitsugaya,” Orihime told him brightly as she lead him a nicely deserted stretch of the beach. “I really appreciate it.”

Finally… finally, someone who called him by his proper title, and without him even having to ask her! That alone was enough to make him very fond of the orangette. “Believe me, it’s no problem at all,” Hitsugaya assured her with a small, sincere smile. “But you’re welcome.”

Beaming at him again, Orihime came to a stop, and he with her. “This should be a good enough spot; no one should see us or bother us. So, are you ready?”

“Sure, whenever you are,” he replied, feeling his heart start to beat faster.

Nodding and taking a deep breath, Orihime disrobed, not stopping until she was completely naked. That was Hitsugaya’s cue as well; it was a relief to remove his clothes. Just watching Orihime strip was enough to get him hard.

Then her body language changed, becoming something almost predatory and incredibly sensual. Eyes half-lidded, she slunk to all fours and crawled to him, breasts almost brushing the sand. Wrapping those tits around his cock, which had surged to full hardness while watching her, Orihime began kissing and licking the head of it.

Then she giggled and smiled, an abrupt personality change that left Hitsugaya feeling a little dizzy. “So, what do you think? Did I do all right?”