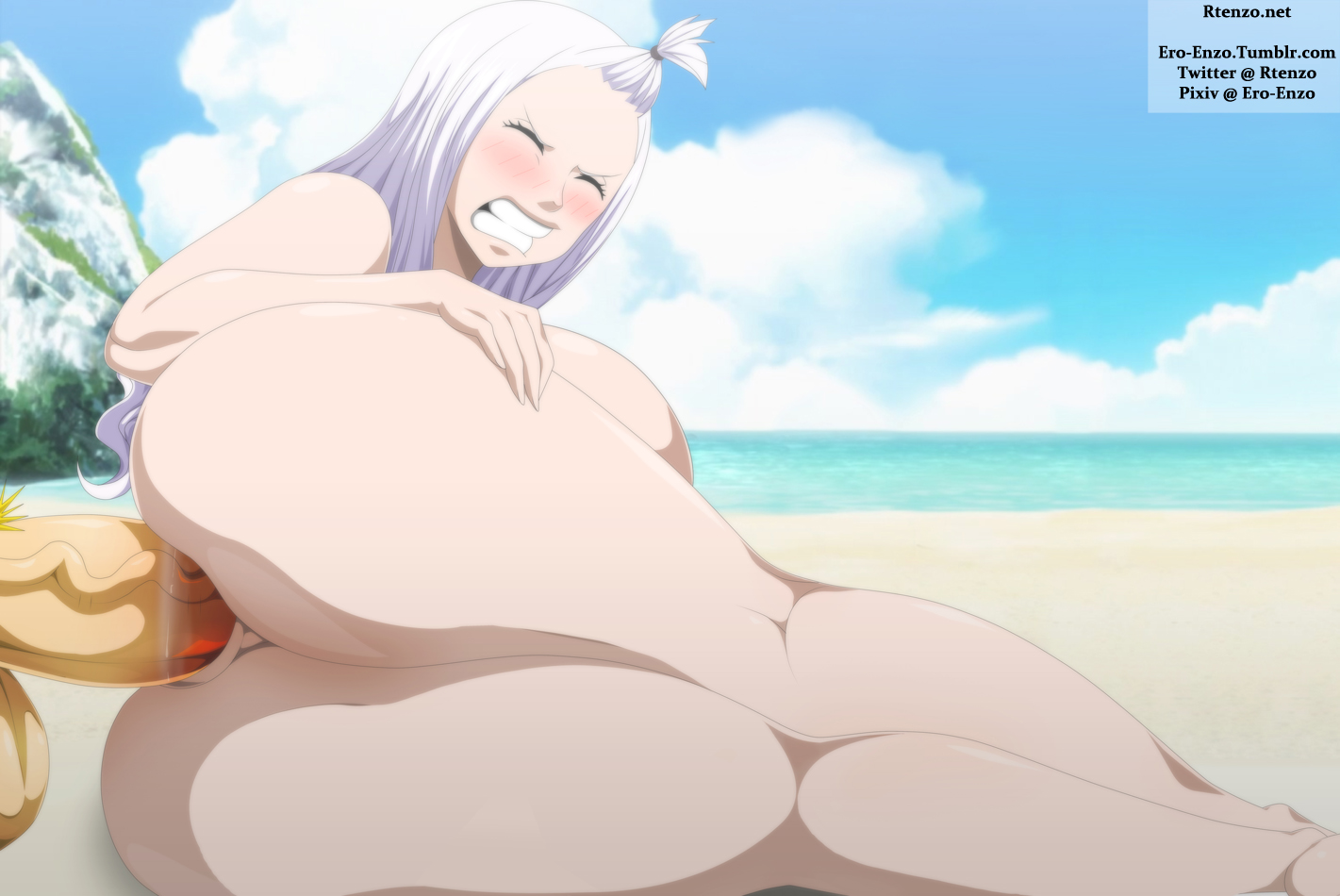 “I’m surprised you, of all people, suggested something like this.” Mirajane gave Laxus a playful hip check, unsurprised when he barely moved at all. “Afer all, aren’t you supposed to be the uptight one, who’s all about following the rules and doing things properly?”

The blonde lightning user rolled his eyes, giving her a sidelong look. “Like you’re one to talk,” he retorted with a smirk, admiring her body in the process. They weren’t anything official, but they both really enjoyed their time together, especially when it came to sex. “The prim and proper lady of guild, agreeing to fuck on the beach where anyone could see her? What would the others say?”

Mirajane snorted harshly, this time giving him a firm shove that actually made him stumble slightly. “Oh please; you know better than almost anyone what I’m really like. Besides, I should be allowed to have fun too, and you do a pretty good job fucking me.”

Eyes narrowing in playful annoyance, Laxus took hold of her arms and pushed her against a rock wall, staring down at her. “Just ‘pretty good?’ I think you’re underestimating me.”

Entirely unafraid, Mirajane grinned up at him. “Then prove it.”

Growling softly, Laxus kissed her hard, hard enough to bruise if she hadn’t been much tougher than she looked. He pressed his body forward, pushing his body against hers as the kiss deepened.

Mirajane wasn’t idle either; she was busy removing the few clothes they were wearing, leaving them naked with bare skin sliding across bare skin. Sweat was quick to appear on their bodies as their libidos fired up. As things got more and more heated, she pushed them off from wall, letting them roll around on the sand of the beach.

Finally breaking the kiss, Mirajane gave Laxus an impish look, pulled briefly out of his arms, and turne around, so his cock was right in his face and her pussy was hovering above his face. She got them started by planting kisses on his dick, making him groan and her smile. However, she was soon quietly squealing when he put his tongue to work, aggressively licking her very wet pussy.

As worked up as both of them were, it didn’t take long before they were ready. “Last chance to back out, Mira,” Laxus warned her, even as he got his cock ready to impale her. “This is probably going to hurt.”

Lying on her side, Mirajane turned to give him a wild look. “Stop talking and fuck my ass!”

A wide grin splitting his face, Laxus laughed. “As the lady commands!” With a single thrust of his powerful hips, he drove his dick all the way into Mirajane’s ass. ‘Tight’ didn’t even begin to describe it; he had to focus and concentrate hard to push it all the way in, it resisted him that much.

Mirajane’s eyes widened considerably before she slammed them shut, gritting her teeth. It hurt, but she could tell, even now, that if she could get through the pain, it would be incredible. So, she pushed back, little gasps and groans escaping her as Laxus’ cock pushed in deeper and deeper, stretching her asshole more than it had ever been stretched.

Then he started pumping it in and out, slowly at first, but quickly picking up speed. Soon, his hips were slamming into her ass with jackhammer force; he grabbed her hips with both hands, pulling her closer and letting him fondle her butt at the same time.

“YES! YES! HARDER! FASTER! FUCK MY ASS RAW!” Mirajane screamed, now completely lost in her lust. God, it felt so amazing! It was so naughty and dirty, particularly since they were out in the open; they could be discovered at any time, and that just made it better.

With a dragon-like roar, Laxus plunged into her one more time as he climaxed. Her own orgasm hit her like a bomb, making her thrash and shriek with pleasure. How long it lasted, neither of them could say; all they knew was that it felt amazing, fantastic.

Lying on the sand, bathed by the sun, Mirajane panted for breath, hearing Laxus do the same behind her. She wasn’t worried about either of them not being up for more; they both had endurance and power to spare, and she was going to make sure every bit of it was used up.

After all, he still had to fuck all her other holes; her expectations were very high now, and he had better not disappoint her.