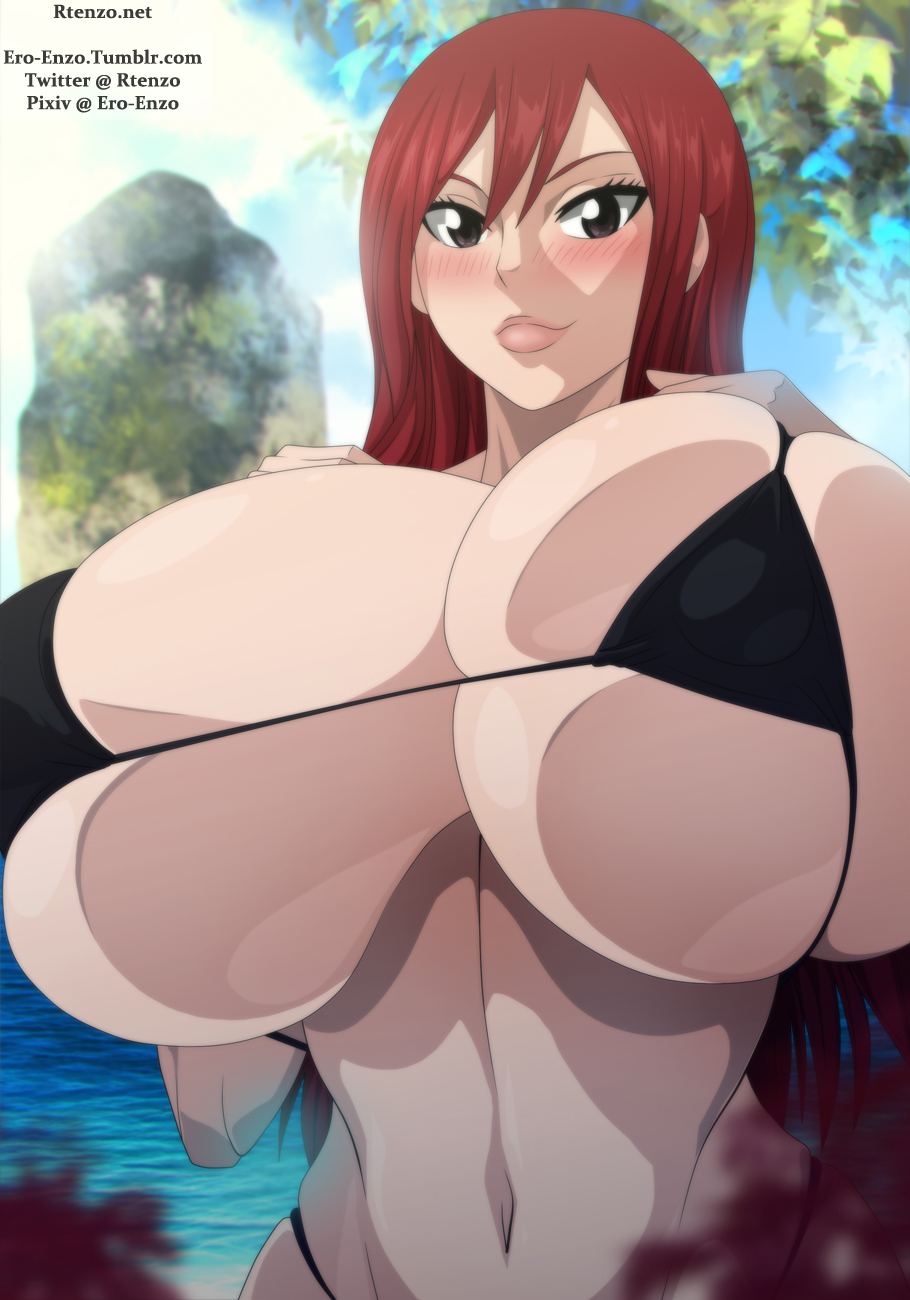 Erza strutted down the beach, well aware that all eyes were on her. And why shouldn’t they be? Her huge, balloon breasts bounced and jiggled with each step she took, the soft flesh bulging around the too tight black bikini. Only her nipples were covered by her top, and just barely at that.

The view from the front was great, and it was equally good from the back. Her big ass divided into fleshy globes by her thong, Erza appeared to be twerking just by walking normally. It was a hypnotic sight, leading to many nosebleeds and sudden erections.

The redhead smirked to herself, but didn’t stop; she had a date with her boyfriend, and she didn’t intend to be late. Stepping through some bushes, she emerged onto a quiet cove, where Jellal was already waiting for her.

She took great pride and pleasure in the way his eyes locked onto her. Most of his attention was on her tits, naturally, but he also leered over her beautiful face, toned body, and long legs. For her part, Erza licked her lips as she saw the huge bulge in his swimsuit.

“Did I keep you waiting long?” she asked innocently, feeling her pussy start to get wet. Her hard nipples were already forming bulges against the thin fabric of her top.

“Always,” the blue haired man replied with a smirk, stepping closer; they were both able to feel the heat coming from each other’s body. “But you’re worth it.”

And then they were kissing, her breasts pressed against his bare chest, his hot erection rubbing against her crotch as they tore the clothes off each other. They tumbled to the ground, wrestling for control, neither caring who ‘won.’

They would both love the celebration.