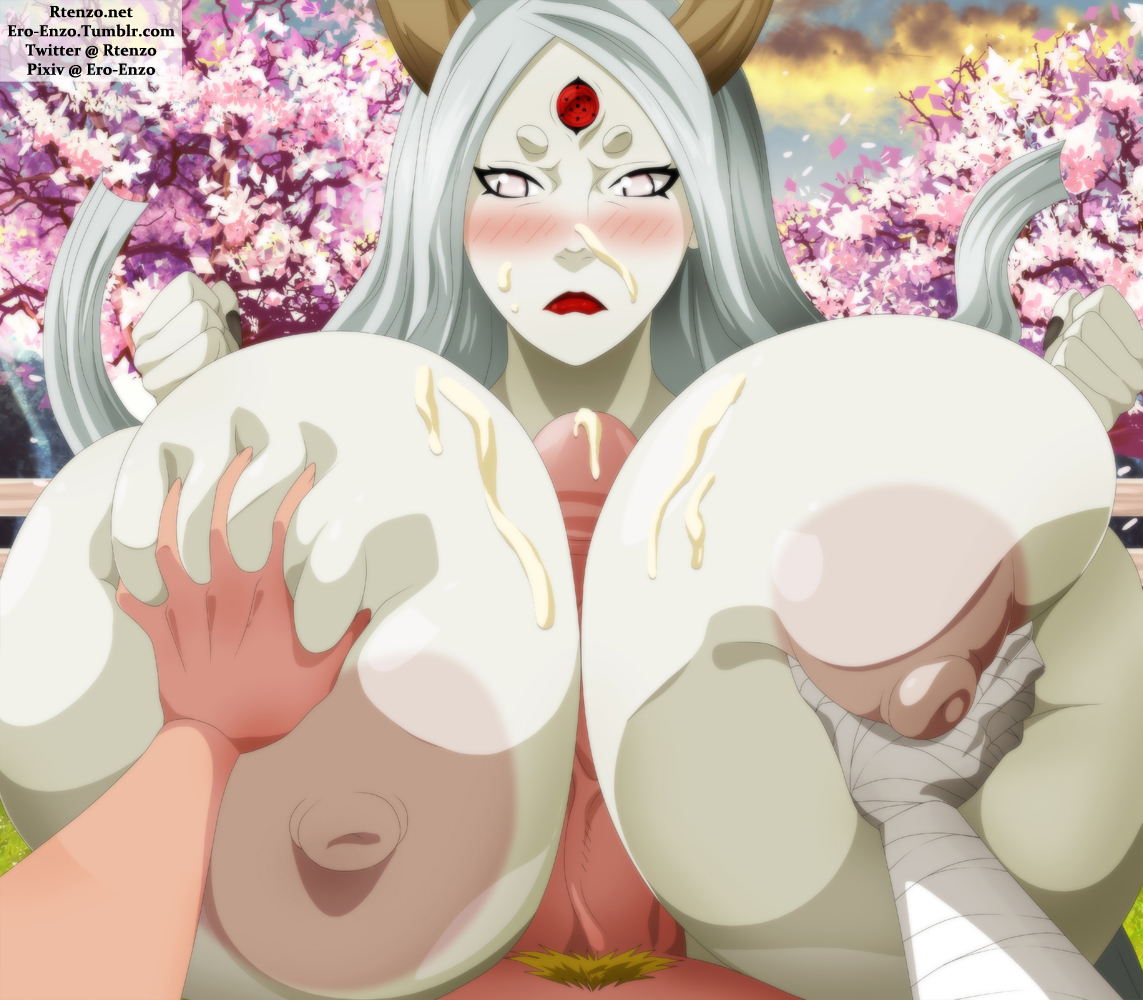 “How the mighty have fallen,” Naruto chuckled, openly leering over Kaguya’s nude body, taking in her huge breasts, big ass, and long legs. “You used to be like a goddess, now you’re just a fuck toy, aren’t you? Believe it.”

Kaguya felt a blush spreading across her face, but she did her best to keep her face impassive and her mouth shut. She was still new to this world and sex, but the other women, once they had gotten past their nervousness, had been very helpful.

This, they explained, was called role playing. Naruto was pretending to be the cruel conqueror, enjoying the fruits of his victory, while Kaguya was to be the former ruler, clinging to her dignity and staying calm.

The similarities to what is happening now and before didn’t escape her, and she subtly rubbed her thighs together as her pussy started to get wet.

With that same smirking leer on his face, Naruto flopped down onto the bench, his cock sticking straight up. “Get on your hands and knees and crawl over here, slut,” he ordered. “I want those tits wrapped around my cock.”

Kaguya did as ordered, her nipples brushing the ground and her butt wiggling in the air as she made her way over to Naruto. Getting on her knees, she pushed her breasts around his cock, shivering as the hot pole touched her sensitive mounds.

“Good whore,” Naruto said condescendingly, patting her on the head and snickering when she briefly broke character to glare at him. He would probably pay for that later. “Now get those tits moving; if you don’t give me the best paizuri of my life, I’ll punish that fat ass of yours until you can’t sit down.”

Blush darkening, Kaguya squeezed her arms together, pushing her breasts tightly around Naruto’s dick. She bounced on her knees, rubbing and pushing on the pole; already it was getting harder and hotter.

She had managed to keep a straight face up till now (mostly), but when Naruto grabbed her tits with both hands and started groping them, it took every bit of self-control she had to maintain it. It was particularly bad when he began tweaking her big, sensitive nipples.

“With tits like these, you were destined to end up like this: on your knees, serving as someone’s sex slave.” He chuckled darkly, and she had to give him credit for being a better actor than she had thought. “You just need some training, and I’m happy to help. Mouth open, bimbo; you’re going to take every last inch of my dick down your throat.”

And to think, Kaguya thought to herself as she bent her head and opened her mouth, they still had the rest of the night to go.