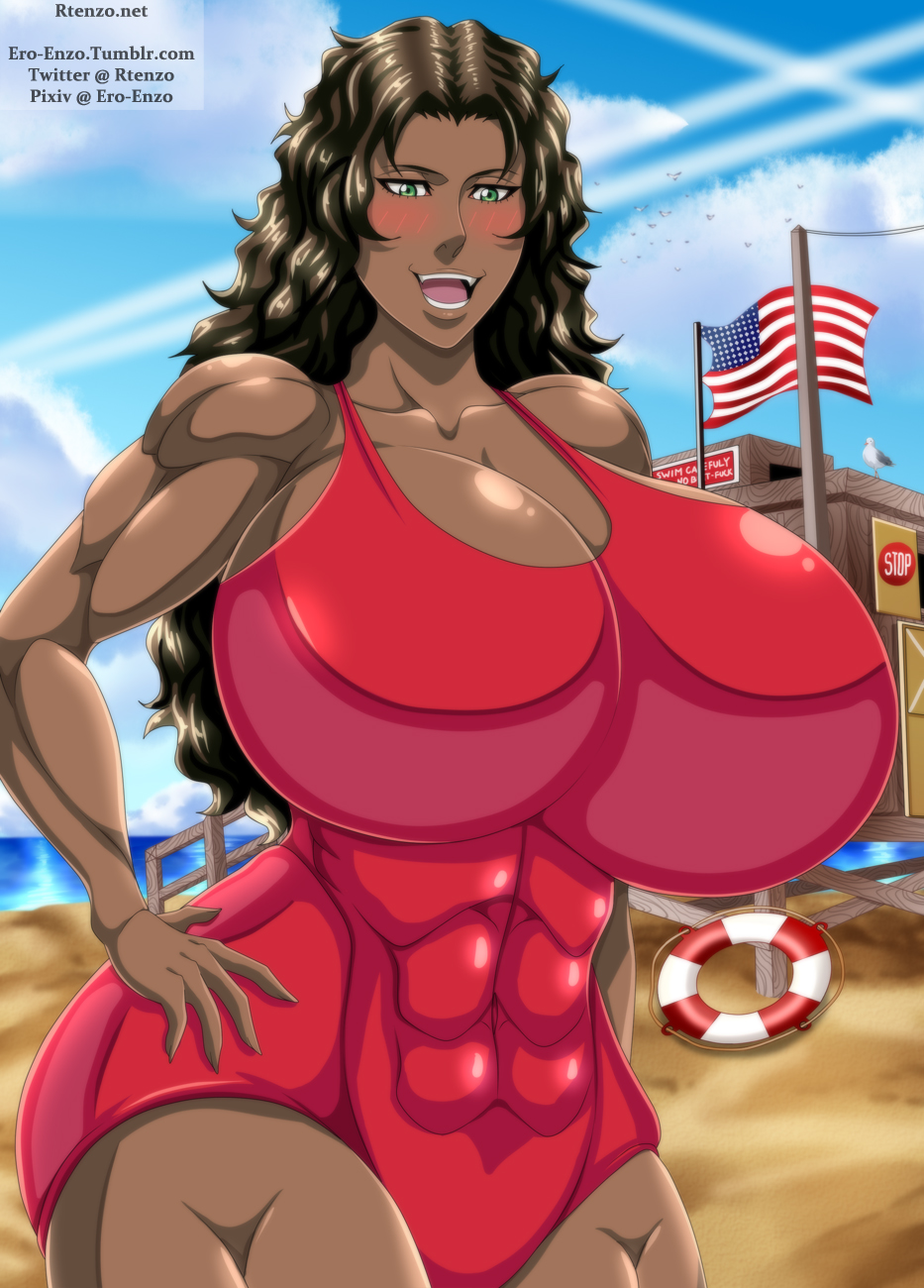 Mila Rose stretched, feeling the joints in her body pop as she did. Being the lifeguard was a little boring and considering the power level of almost all of the people she was vacationing with, she wasn’t really sure it was necessary.

But Apacci had insisted, and that girl was frighteningly good at getting what she wanted when she put her mind to it. That pout of hers should be banned; Mila Rose had been on the receiving end of it a few times, and it was devastating, especially considering her normal personality.

Still, it wasn’t too bad; they all took turns playing lifeguard, except for the few of them that nobody would trust with the job (like Grimmjow). She was still able to get some sun, have fun watching everybody, and show off her body.

Yeah, she was wearing a swimsuit, a one piece even, but it was so tight, you could see every detail of her body, including her rock-hard abs. Mila smirked as she caught yet another person stealing a look at her; who should she take to bed with her tonight? So many choices, and almost none of them bad…

Whipping her head around towards the water and already moving forward, Mila saw that it was that wimpy Soul Reaper from the Fourth Division that had screamed. Hanataro, she thought his name was? Apparently, he was one of the weakest ones, even getting bullied by his own squad, which was pretty messed up. Well, she had better go save him.

Before she could make it to the water, a huge explosion blew up behind Hanataro; apparently, one of the others hadn’t felt like dealing with the shark and had blown it up. Unfortunately for the wimp, he had been caught up in the explosion and sent screaming up into the air before landing with a hard sounding thump on the sand, not far from Mila.

She winced; that sounded like it had hurt. She was pretty sure he was a healer of some kind though, so hopefully he would be okay. Though, he still wasn’t getting up; she should probably go check on him, since no one else seemed to really care. She trotted over, tits bouncing in her swimsuit; up closer, she could see two things: he wasn’t breathing, and he was completely naked-

Mila stopped and stared, a blush stealing across her face for the first time in a long time. This… this was some kind of prank, right? Hurriedly kneeling beside him, she tried to wrap her hands around his cock; even using both hands, she couldn’t manage it, he was REALLY big. He easily put every man she’s ever fucked to shame. Not to mention his cock looked ever bigger on his tiny frail frame!

Then he started getting more and more erect, and her eyes got bigger and bigger as his cock did the same. She was shocked, no other word for it, but also suddenly very, very eager for tonight. She was going to ride him until he collapsed-

Oh yeah, she should probably probably do CPR on him. She wasn’t going to let him die before, when he was just a weak little weirdo; now, she had even more motivation.

He was going to be all hers tonight, and maybe more nights beyond that.

Hanataro was certain he was about to die, and he was equally certain he didn’t care. If this was how he was going to finally meet his end, then he couldn’t think of a better way to go.

The reason for his thinking was Mila Rose (she had insisted he just use her name, right before she had practically dragged him to her room). She was bouncing on top of him, riding his cock like a mad woman. Just a few minutes ago, she had grabbed his hands and put them on her breasts, commanding him to squeeze. Equal parts scared and aroused, Hanataro did as ordered; he must be doing something right, because she had her eyes closed and was moaning loud enough to be heard from hallway.

However, potential embarrassment wasn’t his biggest concern for once. Mila was the very definition of an Amazonian beauty: tall, strong, and powerful. Hanataro, on the other hand, was the very opposite, a wimp with a frail body, one that was being ridden like a horse and pounded like a nail. Every bounce on his cock smashed down his small body, causing the bed to rattle and creak.

He honestly wasn’t sure he would be able to survive the whole night with Mila, but he was certainly going to do his best to last as long as possible. He didn’t want to miss any of this.