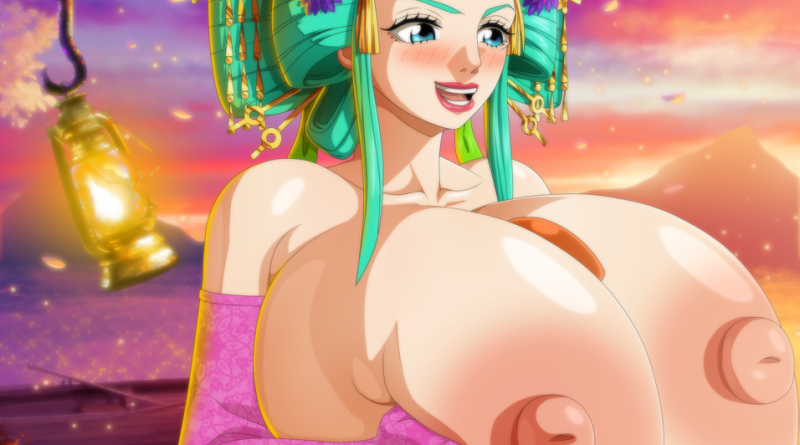 I remember when I told you about this Hiyori/Zoro idea a while ago, although I think you were not a big fan of it, it’s good to see it to fruition, and you’ve done an amazing job as always!

Huh? I think you might have been talking to the writer? I recall him not being a fan of Hiyori. You should comment on the chapter page and share your thoughts 👍

Ah maybe I misformulated my sentence, but I checked and you said “Hiyori and Zoro shared a bed and some funny moments but Zoro doesn’t seem interested in her.” so I thought that you wouldn’t draw them but I’m glad it didn’t stop you.

I haven’t had time to read the chapter yet but I’ll try when I can!

Two new One Piece images on the same day, as well as two new chapters, I said this before and saying it again you never failed to surprised me, Rtenzo. You should do this more often in future. As for the two images, I really like how you did Kozuki Hiyori, especially her beautiful face and fancy hair style, it looks fantastic and pretty even when covered by semen it all looks so well drawn and colored. Also how sexy she looks doing a paizuri on a sunset atmosphere makes this artwork even more better. I hope you do more of Kozuki Hiyori in the future. 😁👍👍👍👍👍👍👍👍

The one with Marguerite, nothing much to said except for her massive squeezy tits and her doing a paizuri with a giant dick plus her breasts being groped were all amazing. 😁👍👍👍👍

Thank you Nameless. Doing Hiyori took me awhile because of all the stuff on her head lol I intend to do double chapters once a week or every couple of weeks. I have a backlog of pics I’d like to post so hopefully people will enjoy more tits 😁

So two images of One Piece, an interesting combo of females, no doubt. The first image of Kozuki is a nice surprise, now I can die in peace halfway, I hope in the future you dare to draw Yamato (Kaido’s daughter) then I can give myself to eternal sleep metaphorically speaking of course, in any case the image is decent, good paizuri and the girl really looks hot. Moving on to the second image, although it is a copy of that image of Rebecca that you released some time ago, it also has its charm, it is not something out of the general line of the alternative versions, but it is also exciting. Without a doubt I’ll go with the hot girl with light blue hair. Nice work.

Thanks. I like Yamato, I think he’d be interesting to draw at some point. I wanna see the official anime colors first tho then maybe. I’m glad you like it tho. I hope OP fans enjoyed this double set heh

Thanks man, I hope you like the story too

What have we done to deserve two images and them both being paizuri’s with beautiful and bountiful tits. 9/10 for both images and good stories to along with them

You been on your best behavior, so you get a reward! 😁